Continuing review of ethics in clinical trials: a surveillance study in Iran

In recent years, notable measures have been taken to protect the rights of participants in biomedical research in Iran. The present study examines possible trends in adherence to ethical codes regarding informed consent after the development of the National Code of Ethics in Biomedical Research (NCEBR) and establishment of research ethics committees. In this retrospective study, 126 dissertations from Tehran University of Medical Sciences were evaluated for adherence to ethical codes. These dissertations were all in clinical trial design and had been presented in the years 1999 and 2009, that is, precisely before and after the development of the NCEBR. A checklist was developed to evaluate the ethical issues associated with informed consent. A single investigator retrieved and evaluated the consent forms from the dissertations. Borderline cases were discussed with other investigators to reach a consensus decision. Based on the checklist, the Standardized Ethical Score (SES) was calculated for each consent form. The mean SES and the rate of consent form attachment were compared between the two years. In total, 70 dissertations had reported obtaining informed consent from study participants, whereas consent forms were attached in only 22 dissertations (17.50%). The percentage of dissertations with the consent form attached increased over time from 12.2% in 1999 to 20.8% in 2009 (P > 0.05), but the majority still did not include a consent form. Moreover, the mean SES of consent forms was significantly higher in 1999 (0.746) than in 2009 (0.428), highlighting the need for more training of researchers and improved surveillance by the ethics committees. A great amount of effort is still needed to make the consent process more ethical, especially for dissertations as a less visible part of academic research. As for students, more systematic training focused on research ethics should be implemented prior to thesis submission. 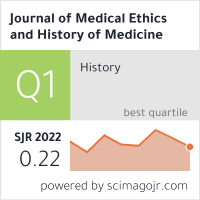